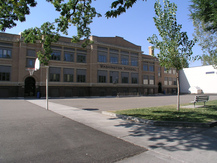 This book is a creepy collection of tales featuring familiar Kentucky landmarks such as the Palace Theater and the Waverly Hills Sanatorium in Louisville and Shaker Village of Pleasant Hill. These accounts from across the commonwealth are sure to put a tingle in the reader's spine.

Thought provoking questions based on award-winning literature.  Can be used for group discussion, as writing prompts, or simply to stimulate thinking.  Does not require previous knowledge of the works but instead is designed to intrigue students and captivate their interest, making them want to read them.  Sudoku-style puzzles based on the books are included as interest hooks.

Math and logic puzzles using Venn diagrams.  The set includes a series of puzzles about friendly space aliens who land on Earth and the boy who befriends them.

Fun way to practice elementary algebra concepts.  After students have simplified expressions or solved equations, the answers provide clues for drawing lines to reveal a secret picture in the coordinate grid.

Josh and Sam are like a lot of teenagers, just trying to enjoy life and have fun. But that's disrupted by four bullies who try to intimidate them. Josh and Sam come up with a list of things to do against the bullies, but things don't always turn out as planned.

A tribute tho those unheralded children and adults in our communities who work to improve the welfare of their neighbors and the country. Written to inspire youth.

Logan has troubles. A humiliating photo. An embarrassing grandfather. A mysterious backpack. Experimental dog poop?! And…Emily (the Snot!) Scott. What more could possibly go wrong? Everything!

More than anything, Riley wants to earn his father’s respect on the ball field. But when he is blamed for an accident that injures an expensive championship show dog, Riley sets out to prove to his father…and everyone else in his community…that there is more than one way to be a winner.

Eli the Good (middle school, high school) is told from the point of view of 10-year-old Eli Book during the summer of 1976 but is really about right now.  Pamela Duncan, author of Moon Women, calls it "This generation's To Kill a Mockingbird" and Good Reads has said it is "destined to become a classic."  Winner of the prestigious Storylines Prize from the NYC Public Library System, Eli the Good is a book that you will never forget.  This book will help you discuss war, patriotism, 9/11, Iraq, Afghanistan, life in a small town, Vietnam, family (nuclear and created), friendship, loyalty, parents, being a child, and much more.

From Marie Mitchell and Mason Smith

48 Hours is about two Northern Kentucky teens on an amateur film-making team competing in a national contest to make a short movie in 48 hours.

The Lost Dispatch is about a middle school girl and her class joining a re-enactment of the Battle of Perryville, the largest Civil War battle fought in Kentucky.

UFO: Unidentified Feathered Object (spring 2011) is about two cousins trying to prove that an extinct bird is still around.

Tree of Life (fall 2011) will feature the frustrations of an artistic girl, Grace, whose creative ideas aren’t encouraged by the practical Shakers. Issues: using your talents in creative ways, Shaker textile industry.

Her middle-grade historical novel (Dial Press) One Among The Indians, about the real English cabin boy who was left a hostage with  Pocahontas’s father, was reissued in 2007 as an Authors Guild-iUniverse paperback, to commemorate Jamestown’s 400th anniversary.