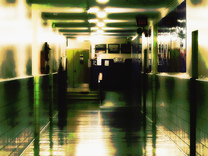 Challenging math logic puzzles using Venn diagrams.  The set has a puzzle based on each of the 50 U.S. states.  A fun way to learn a little geography while stretching math and critical thinking skills.

The second of Cope’s works (2002), the poetic, experimental novel Sassafras. With both humor & terror, Cope paints the world of the Appalachian community of Jolene and the wild landscapes surrounding it as one who has walked through it himself.  On the surface it’s a story about a deformed panther, and what happens to it and the people affected by its struggle to survive.

From WindPubs website:  Stories, tall-tales, fables from Steven R. Cope, erstwhile rock and country singer, throwback hippie, folk singing guitarist and songwriter, poet, novelist, former you-name-it, brother to animals and tree-hugger, one foot proud hillbilly, the other grafted-Indian, sooner sit on a rock than own a megaplex. Says Daniel Marion, poet from parts south, about this book, “Steve Cope, the poet, the fiction writer, the musician, the song writer—and now Steve Cope the fabulist. Imagine Aesop, Chaucer, and Boccaccio with a contemporary twist—indeed there’s enough in The Book of Saws to delight all ages. This is my favorite Steve Cope work—his reach and versatility are amazing!”

A thousand and one original dead-on serious or tongue-in-cheek proverbs that Paul Prather calls, “witty, dead-accurate, and thought-provoking.  I can think of 1,001 reasons why you should buy—and read—this book.”

Cope’s third work of fiction.  74 unique short stories, short-shorts, and, what Cope calls, anti-stories.  Larry Moore writes, “Cope writes like a force of nature, hard-wired to the archetypes of our dreams and dreads.”  And says John Sparks, “There’s enough flavors and combination of flavors in this collection of short and short-short fiction to satisfy the palate of any reader . . . and the whole tastes just like pure Kentucky.”

In Shooting Star,  Jesse Christopher discovers that it's not easy being the new kid in school, no matter how well you play basketball. When the local basketball coach watches him shooting hoops at a school playground, Jesse seems to be the missing piece to the puzzle for a team that aspires to win the Kentucky state championship.

But Jesse faces an array of problems in his new environment as he tries to make friends in the classroom and become part of the school's close-knit basketball team. Can Jesse overcome the obstacles and lead the team to a state title?

Pink Dice is a coming-of-age story about an eleven-year-old Baby Boomer who witnesses the 1950s with all its colorful and complex social changes and the first generation of adolescents called "teenagers." A summer visit from her Lexington cousin creates excitement and trouble in a small country town.

CLAY'S QUILT is about a young man searching for his identity in a modern Kentucky town.  After witnessing his mother's death as a four year-old boy, Clay Sizemore grows up haunted by the story of his mother and wants to know more about her, but also wants to move forward. This book will help you to discuss Kentucky, violence, created families, family, friendship, modern life in rural places, stereotypes, moving past obstacles, and more.

THE SECRET OF COBB CREEK, A Short Novel & OTHER STORIES. The young adult novella is about a man who travels to eastern Kentucky during the Depression to teach the impoverished, uneducated children of coal miners how to write poetry. It is accompanied by six short stories, ranging from religious/inspirational to literary.

A young man loses his job and is forced to relocate. No one is hiring in such bleak economic times. America finds itself threatened by a world superpower firmly in control of global trade. Money is scarce, businesses fail, and the Bank of the United States closes its doors. The country will soon be embroiled in another war. This is not present day—the year is 1811. Even Mother Nature is unsettled. A comet blazes a snowy trail across one quarter of the sky. Passenger pigeon flocks blacken the countryside. The biggest earthquake in American history rends the landscape, destroying settlements, changing river courses, and ringing church bells hundreds of miles from its epicenter. “Brush arbor” preachers herald the “end of time.” These are just some of the strange events that occurred across western Kentucky in that year and chronicled in Widder's Landing.

The Unbreakable Child: a memoir about forgiving the unforgivable is a riveting, heart wrenching journey inside the secretive underbelly of an orphan asylum in rural Kentucky in the 1960s and the historic present day lawsuit that would follow decades later.  A story of justice, hope, redemption and forgiveness.

Her high school-appropriate novel Lonesome Road (Gnomon Press), about a kidnapped Kentucky boy who makes his own way back to safety, was Kentucky Educational Television’s Bookclub choice for May 2006, October 2007, and October 2010.